The Parish of Rosbercon lies in the South Eastern part of County Kilkenny in the Barony of Ida and the Diocese of Ossory. In the list for the Hearth Money Rolls in the 17th century the name of the parish was given as Kilstackahome. The true Irish name of the parish is Ros-Ui-Bearconn which signifies the Wood or the Point of the tribeland of the Ui Bearconn-an ancient race descended from Aengus Osrithe. A noted and much respected historian, O Heerin, refers to it as the land of Ui Bearconn or Bergin whose clan had their manorial residence at the confluence of the rivers Nore and Barrow. The king of the area is given as O Cealluidhe (Kealy) at the time of the Norman invasion. Rosbercon village dates as being built in the 13th century. Sometime between 1264 and 1295, Gilbert De Clare, Earl of Gloucester and Hereford, lord of the manor of Rosbercon, granted by charter, to his burgesses of Rosbargan all the liberties and free customs that had been granted by his predecessors to their burg of Kilkenny. On the 10th of May, 1286, the same Earl had a royal grant of weekly market on Wednesday at his manor In Rosbargan and a four day yearly fair from the 2nd to the 5th of May each year.

There are three churches at present in the Parish, the Church of the Assumption in Rosbercon was the brain child of the late Canon Coghlan P.P. and on his death the finishing of the church was completed by Canon Willie Murphy and opened for worship in 1954. St Aidan’s Church in Tullogher was built by Fr Edmund Shelly in 1800 and the stones used in the construction were sourced in Curraghmore. The Church of St David in Mullinarrigle was erected by Fr Edmund Kenna P.P in 1825 and the adding of the tower and enlargement of the side chapels was by Fr Michael Walsh who served as Parish Priest of Rosbercon from 1834 to 1875. In olden times there were a good number of smaller churches around the area. Down in Rosbercon we had the Parish Church dedicated to the Nativity of the Blessed Virgin in the old graveyard half way up the hill. This was replaced by another built by Very Rev Edmund Shelly P.P in 1800, which was situated just opposite the Parish Pump pub and which in turn was replaced by the present Church of the Assumption. On the chapel road (top of Rosbercon) the Yeomen burned a little thatched church to the ground in 1798. Further up the Parish churches are recorded as having existed in Dysertmoon (Ballyneale), Rath Killea (Ballyreddy), Cill Martin (Guilcagh), Cill Bearchain (Kilbrahan), Teampall Killeen (Glenballyvalley) Glensensaw and Listerlin. Then you had Shanbogh and the Dominican Priory in Rosbercon which was great seat of religious learning from the 13th century onwards when students came in numbers from Spain and Portugal. In fact the first Parish Priest of Rosbercon was a Dominican, Fr Michael Bergin, appointed in 1683. Our Parish Saint is St Moling, reputed to be a native of Brosna in County Kerry who lived the life of a hermit at Mullinakill and who is fondly remembered with his Patron Day each year on the Sunday nearest to the 20th of August.

We had a number of famous people both academic and clerical who were born in or had associations with the Parish. In the literary field we had the multi talented writer, Victor O Donovan Power, born in Chilcomb House and who achieved fame writing both stories and plays under the pen name of “Kitty the Hare”. In later years Patrick Donovan, who reside on Rosbercon Hill was a noted writer and historian whose works were featured in local papers and historical journals. The father of the American writer and dramatist, Eugene O Neill, was born in Tinneranny and was himself a talented actor was the said, James O Neill.

Then we had Bishop Thomas John Power (uncle of the above mentioned Victor) who was Head of Clonliffe College in Dublin before being ordained Bishop in Rome on June 12th 1870 and appointed to the Diocese of St John’s in Newfoundland that same year. A man born out of the union of John Knox from Brownstown and Emily Walsh from Brownsford went on to become a Cardinal of the Catholic Church. He was James Robert Knox who was born in 1914 and eventually became Archbishop of Melbourne Australia where he died a young man at age of 69 in 1983.

One of the most famous people ever to reside in the parish of Rosbercon was Robert De La Freyne of Ballyreddy Castle. His dynasty reigned there for generations and led to the drowning of another young Robert in tragic circumstances-an event commemorated in the lengthy monologue telling the whole story by Dunbell born writer, Paris Anderson. The De La Freyne burial monument can still be seen in Ballyneale graveyard.

Rosbercon Parish is mostly a mixed farming area with very little industrial activity now within its confines. It wasn’t always so however as little flour mills were dotted around the top end of the parish and saw mills, flour mills, foundries and even a distillery operated around the village itself. This was a hive of activity in bygone days from the top of the hill to the old bridge spanning the River Barrow. Now a series of high rise apartments have taken the place of the old businesses which gave employment to a good many people before the modern era took over. Then we had the big labour forces gainfully employed in Albatros Fertilisers and the New Ross Barge Company both of which alas, are no more. 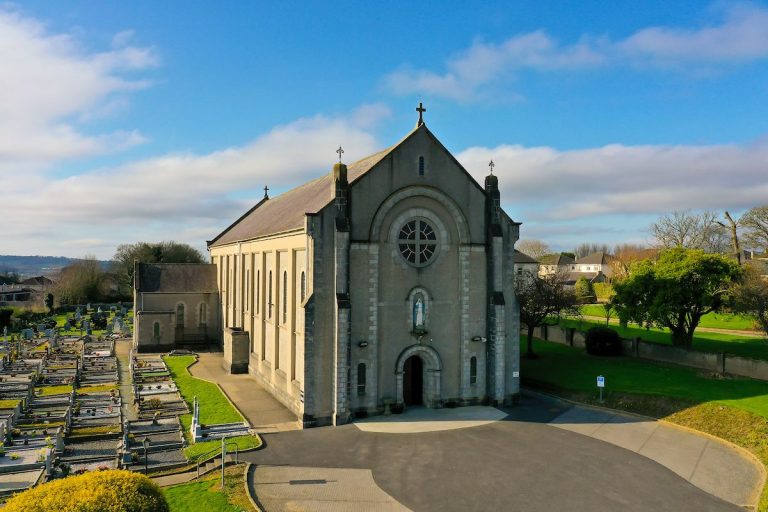 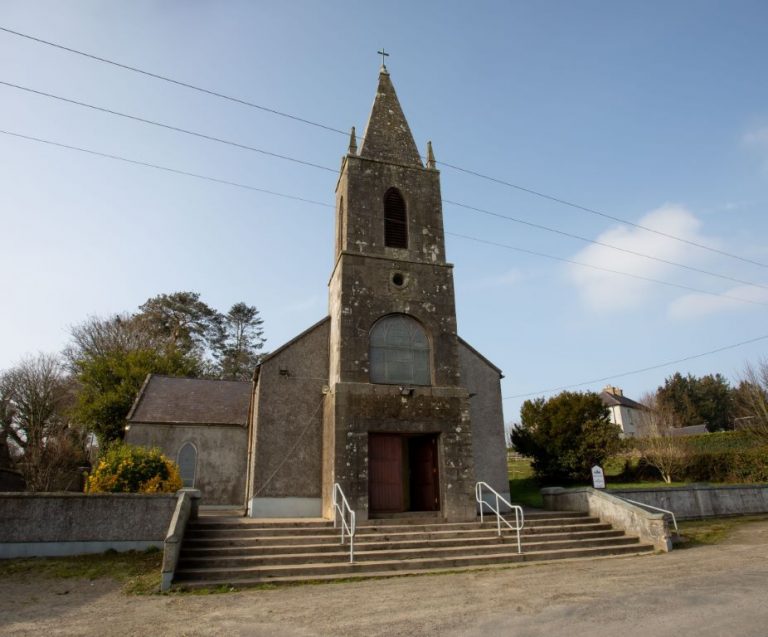 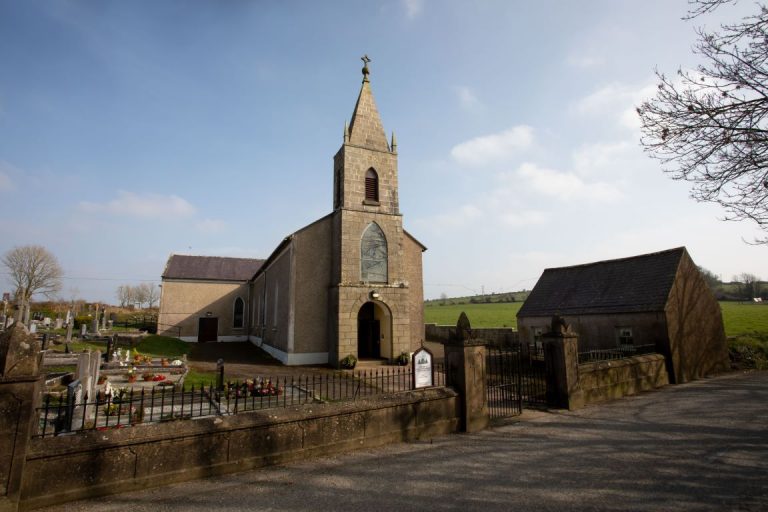